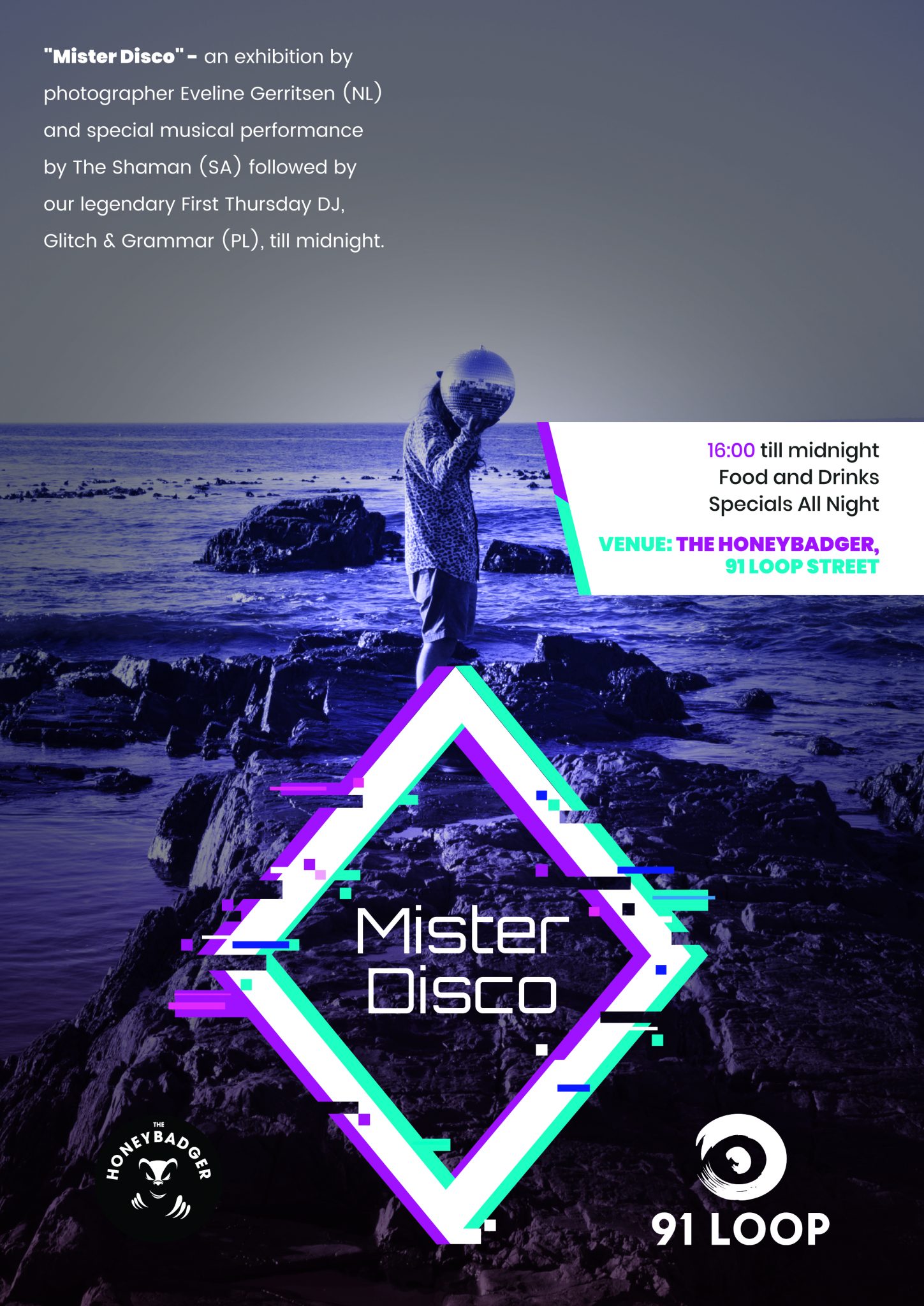 “The best way to predict the future is to create it”

When I was flying towards my Cape Town adventure I had more than enough time to think about what I wanted to do with my time in the city. And one of the wishes I had was setting up an exhibition during First Thursday. So this wish became one of my goals!

On the first Thursday of every month, arts and culture in Cape Town has a late night, with dozens of art galleries and cultural events showcasing the wealth of talent that the Mother City has on offer, known as First Thursday. So to realize this goal I had to look for a venue. One night I met with my friend Shannon, while we were passing 91 Loop Street, I told him that the restaurant looked like a good place for my exhibition and that he should preform during the exhibition.  Quickly after that moment I got in contact with Arnold, the manager of 91 Loop Boutique Hostel.

Before I knew it I was in a meeting and we were setting the date for First Thursday in June. However, I had one request for Arnold. Because my friend Shannon was the model in the Mister Disco series and he is working on his rap career, he should preform during the event. Arnold agreed and on First Thursday in June I was having my first exhibition in Cape Town and Shannon was having his first real performance for a live audience!

Setting goals can really help you to achieve your dreams. Also visualizing them is a very powerful tool to help you succeed in life. I would say give it a try because in the video’s below you can see how it helped me and Shannon.

Don’t know how to start? Write them down in a small notebook and tell them to some of your friends. By sharing them you will see that they become reality. Good luck!